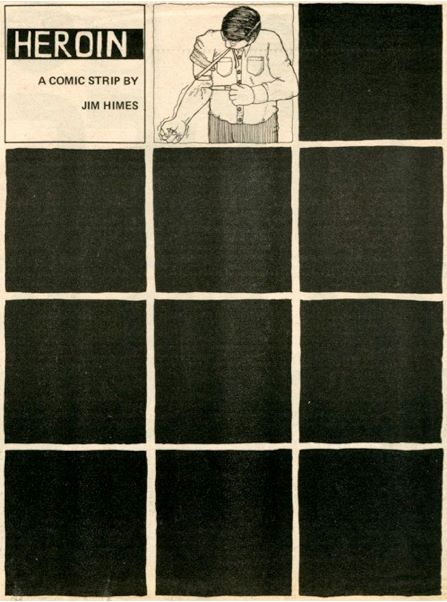 This week was GST Refund Week, as April told me, which explains the nonstop sirens and drama out on the street. Everyone’s got an extra hundred bucks that won’t be deducted from their Welfare, so they’re buying whatever makes them feel good. God, I actually miss the days heroin was the dominant drug, because junkies are way less trouble to deal with than crackies or meth heads. April taught me the word “jib” the other day; I love my young friends, they keep me au courant.

One of my long-running jokes is that I want to make a cleaning service of meth-heads and OCD sufferers. I could probably get a government grant to pay their salary, and they’d be the most meticulous team ever. That was before I read William Vollmann‘s book Poor People in which he interviewed a Thai cleaning woman who really DID use meth to give her the energy to get through particularly difficult jobs.

Who in hell tries heroin thinking they won’t get addicted? I know three people who’ve tried it and not gotten addicted, and at least one who tried it once and had to move to the country where he couldn’t get it as easily, because he quickly recognized he’d do anything for more. And today, walking in the community gardens, I saw a large, healthy harvest of opium poppy pods waiting for their daily scraping (you harvest it kind of like maple sap, scraping off the oozing tar, yum).

Back when I was with Greenpeace one of my co-workers came back from canvassing in Strathcona and said he’d run into a lesbian couple in their 80’s or so who invited him in for tea and offered him jasmine, Earl Grey, or opium. They said they’d been harvesting it from their flowerboxes since the 50’s or so, and nobody had ever bothered them. Well, who would?

One thought on “Heroin: the comic”