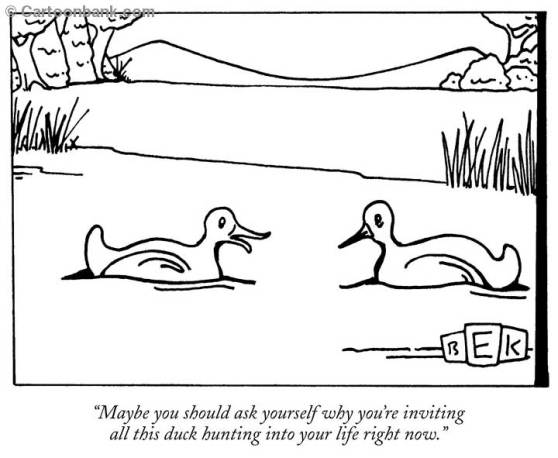 I had a friend like that once. I told her "I choose very unsupportive friends". She didn't get it.

Some curious and brave souls have asked me to describe what I’ve been going through (although they seem to wish me to leave out the “gee, it’s taking a lot longer to digest corn” info for some reason: EQUALITY FOR BOWEL UPDATES is what I say! If Mommybloggers can do it, so can I; bloody age-discriminationists! If baby doodies are twit-worthy, so are social media specialist spoor! That’s what I always say, or at least since this afternoon anyway) and I have decided, under pressure, to tell them.

Or rather, because I am lazy and a better artist than me has already done all the work, to show them. To show them, in fact, this video, which neatly captures the feeling of being a patient in the medical system. It is far less Ralph Naderesque and far more Franz Kafkaesque than one might expect, however familiar one is with the concept of hospital care as a whole. Tug on something, and something else starts to unravel. Ravel it up again, and wires go hay-style in places you never even knew you were wired. You spend half the time in the waiting room, 1 third of the time trying to keep your stupid hospital gown from mooning everyone in the ward, 1/20th of the time unconscious and, it seems, most of the rest on WebMD looking up what just happened to you.

And this, my friends, is exactly what it feels like. 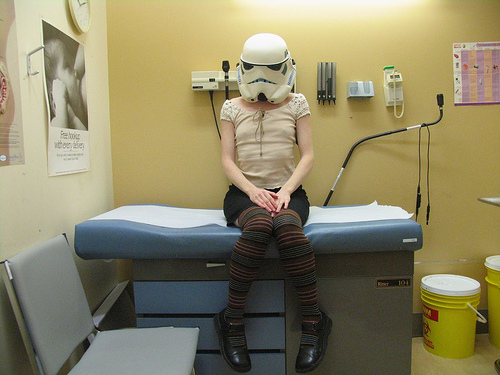 Even stormtroopers need a checkup now and again

10 thoughts on “The Medical Industry, from a patient’s perspective”