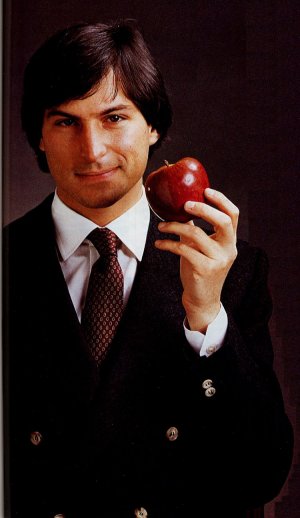 It explains so much.

Once, ages ago, a race of bizarre, loathesome creatures ruled the Earth. Writhing and gibbering in the Stygian darkness of their lair, ravening for the blood of those who worshipped them, this strangely Protean race nearly destroyed the youthful planet in its ceaseless quest to slake their endless thirst for the very souls of the damned.

They were the Great Old Ones. Eventually, they were banished; we can only pray that they never return to debase the race of humans again in horrific slavery and unthinkable perversion.

And in this pantheon, one monstrosity reigned supreme.

Right now, everyone reading is thinking “You’re wrong. These guys look nothing alike.” Of course not, his true identity is obfuscated by the best possible disguise known to man: Ugly glasses. Ugly glasses, made even more opaque by parting his strangely masculine hair differently. If Cthulhu had glasses and parted to the left, these would be virtually identical, right down to the AppleStore he’s crawling out of. Think I’m lying? Take another look.

That may just be the smartest, most dangerous thing I’ve ever read on LiveJournal. But there’s more.

Cthulhu: imprisoned in his tomb in Rlyeh, not dead but dreaming.
Jobs: Next.

Cthulhu: The Necronomicon
Jobs: Ayn Rand, The I Ching

Cthulhu: something of a personnel-retention issue
Jobs: upon regaining freedom, destroys his innocent rescuers 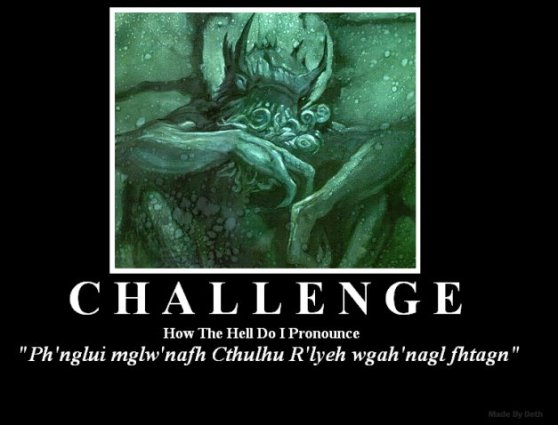