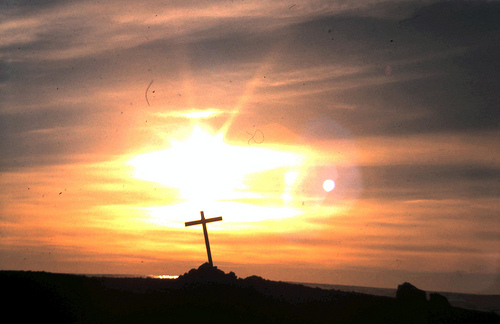 In the North, any tragedy is a shared tragedy, and yesterday, we shared the terrible news that First Air C-GNWN 737-210C had crashed on approach to the airport at the hamlet of Resolute Bay. For a community of only 250, this loss is nearly unimaginable.

Fortunately for the survivors, the Canadian Armed Forces were conducting exercises in the area, practicing for emergency rescues, and they were on the scene quickly, lending whatever assistance they could. For twelve people, including a little girl, it wasn’t enough. For three others, including that little girl’s sister, it probably made the difference between life and death.

The wounded have been medivac’d to Iqaluit: two flight attendants and the little girl. Operation Nanook, the training operation, has been suspended. The Governor General, who is traveling in the North, issued the following statement:

Sharon and I are deeply saddened by the catastrophe that occurred in Resolute Bay, where an airplane crashed earlier this afternoon.

Our thoughts and prayers go out to all those affected by this tragic event.

Earlier today, I had the opportunity to visit many of the Operation NANOOK military units.

I was able to witness first hand the professionalism and dedication of our Canadian Forces and civilian organizations as they responded quickly and effectively to this catastrophe.

Here is a list of accidents at the Resolute Bay airport, but it’s incomplete: I can find references to a Lancaster crash on Flickr, but there’s nothing here about it. Here is the first shot of the crash: as you can see, the plane fell significantly short of the runway, crashing in the low, rolling hills on the approach. There was a very low cloud ceiling (fog) at the time of the crash, just about 1pm. Investigators have recovered the black boxes from the plane, and will be releasing the results in due course. So far no causes have been officially suggested; as with any aircraft, the plane had a history of mechanical issues and repairs, but nothing in the recent history as far as is known would seem to have indicated a potential issue.

There is a Facebook group set up to express condolences, and tomorrow there will be a memorial. First Air has suspended all flights out of Yellowknife, and the second floor of the Yellowknife airport has been cordoned off; First Air staff are apparently receiving grief counselling, and a Catholic priest has visited the airport.

There are more specific details, including the condition of the wreckage, on this CP post on the Huffington Post. The most up-to-date information is on Twitter, and to spare the feelings of the friends and families, most people are exercising restraint in what they post.

So unfortunate to see First Air (a fine airline) and Resolute Bay and Nunavut trending for these reasons. Very sad.