Audible punctuation in my sentences is always a bad sign. If I also narrow my eyes while. enunciating. clearly. , adopt a defensive posture IMMEDIATELY: Stop, drop and roll and if you’re lucky you won’t be hit by the fallout. If you’re really clever, you’ll keep on rolling to the liquor cabinet and roll back with a very large, very cold stirred Botanist Martini for me.

and how was yours, motherfucker?

There are many points in life when you don’t want to hear those words, but I’d venture to say that among the very mostest so is the seventeenth of the month when you are expecting to move into the house on the first of the next month. From your landlord.

Particularly having packed up everything you own and thrown it in storage at a cost, thanks to enthusiastic but amateur labour, of about $300 more than one had budgeted for labour.

THIS is my fortune? From lunch Saturday.

The possibility exists that he’s hoping to leverage my desperation against the price of the rent and pop it up by a hundred or so a month, which would frankly make this a non-possibility for me; I took that off the table immediately by being upfront about how much I do and do not earn in a month. As it is, the place would take slightly more than 50% of my income, but the lifestyle rewards would more than make up for that in my book.

It is indeed a lovely house in a lovely pocket valley with lovely vineyards, a spectacular view, a half-hour walk from my friend’s barn with her two horses, and a couple of blocks away from the covered riding arena. When I asked what the facilities fee was for the riding arena, I was told there is no fee.

Also, plenty of room in the house for Julian, should he wish to take refuge on a Canadian Indian Band reservation, with a very aggressive attitude towards independence from whitey’s Big Sweatervest in Ottawa. If the RCMP or, god forbid, the Yanks, set foot on the Rez for the purposes of nabbing Jules, there would be an international armed uprising the like if which hasn’t been seen since we Canucks looted and burned the White House. So, either way this is a win for a revolutionary, right? AMIRITE? 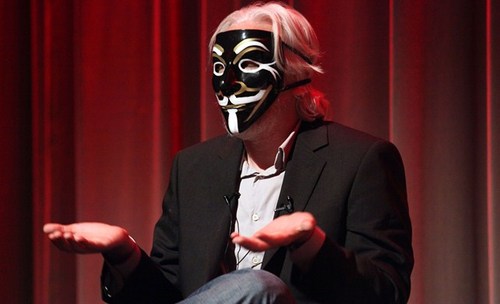 He’s all like, I dunno, whatever you say, raincoaster