So, those of you who’ve been following this blog closely or Facebook closely, or Twitter even half-assedly will know that I’ve lately spent five days lolling around the luxurious surroundings of St. Paul’s Hospital, enjoying the luxurious fare provided by IV. Once I got switched to real food, the so-called “real food” was so awful it played a significant role in encouraging me to get out as soon as it was practical. This little time-out came courtesy of a gallbladder attack and serious infection, and resulted in me having the better part of a week without the internet and, consequently, the internet having a week without me.

It did not appear to notice.

Obviously, however unwell I may have been, the internet was in even worse shape!

In any case, once they discharged me with prescriptions for enough antibiotics to cure the rot in the Chinese government, I was told to eat low-fat, make an appointment with a surgeon (they gave me her name and number, nicely enough, and the meds have me so loopy I promptly left it behind) for an examination preliminary to the surgery which would undoubtedly happen within the next three months, and avoid alcohol, as one of the meds has the side-effect of acting as a sort of Antabuse, causing projectile vomiting if you so much as sniff too deeply at a passing cork. So, no onion rings, no fries, no cream, no booze.

and this does not take me to my happy place.

I mean, if you can’t self-medicate your “nobody visited me” sulks with premium frozen dairy products and alcohol, what’s the frickin’ point?

Which is to say, in a typically roundabout way, that I’m still sulking, and that, furthermore, I have excellent reasons for sulking, as today I had another proper gallstone attack, although one of nowhere near the severity of the last. Hospitals were avoided, but doctors were phoned and appointments were made. And, when i stupidly forgot to write them down, my friends found them for me on Facebook, so hey, social media DOES work sometimes!

But all this is nothing, really, in the larger scheme of things, and there are few things that can cause me to say my own sufferings are nothing, really, and I mean REALLy there are very, very few such things but this is one of them, this being, in this case, the brilliant if I do say so myself and if I learned one thing from being stuck in the hospital that long it’s that if I don’t say it nobody will idea of making jewelry out of gallstones and selling it to the gullible, tasteless masses that bought, and that very expensively, into the idea of yellow diamonds, formerly known as industrial-grade rocks.

Yes, once these pesky little gallstones are removed like pearls from an oyster, they will be lovingly polished and set within a luxurious 10k gold-plated setting with real Swarovski crystal accents, and sold to ostentatious suckers across this fine land.With my celebrity connections, we’re looking at offering a premium line of celebodyparts, at a significant profit.

BioRecyclables Unlimited: Our motto: You Want A Piece Of Me? 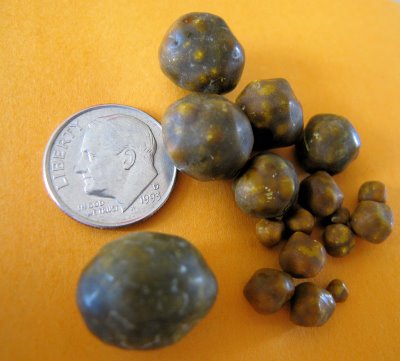 Oh, we would charge WAY more than that!

15 thoughts on “A Gut Feeling”