The next in our ongoing series of movie/cocktail pairings for a crazy weekend in. 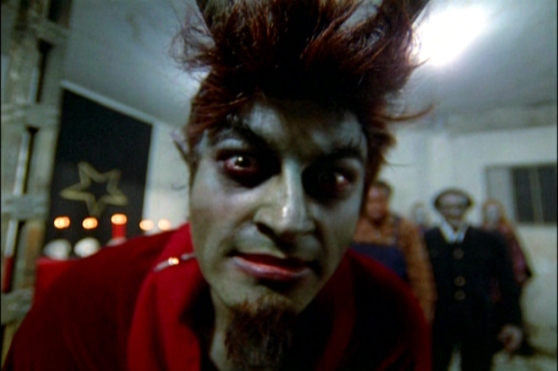 For weedy, consumptive contemporary zombie fans (why do even the zombies look anorexic in Hollywood? Oh yeah, no brains there!) who think zombies are caused by some sort of contagious cooties and don’t differ all that much from the people you see staffing the till at gas stations in the wee small hours, this movie is a true shocker. You see, it has real zombies. And real movie stars.

Paul Naschy, one of my favorite (reluctant) movie stars, wrote, directed, and/or starred in an all-too-forgotten series of horror movies throughout the late 60’s and up as late as the 90’s. His heroes were flawed; well, actually they were generally homicidal werewolves who, when in human form, were consumed with complex self-hatred. So, less flawed than…