Despite remarks made in an interview with NME, Keith Richards did not mix his father’s cremated remains with coke and snort it.

So that is one thing on Earth that Keith Richards hasn’t tried. The clock is ticking, though, and besides, if I had those two unnaturally scrawny brats of his I wouldn’t want to give them any ideas. 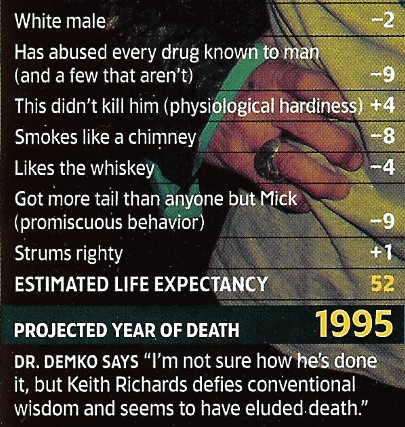