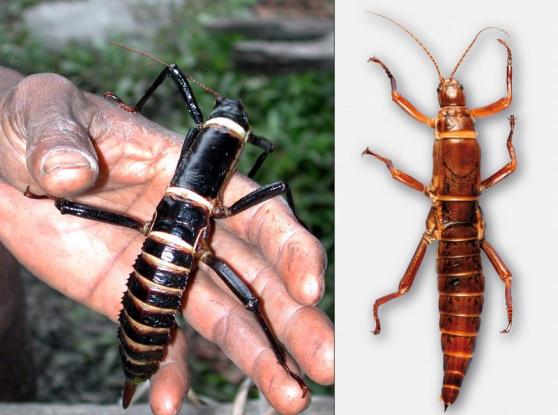 The Fungi From Yuggoth, larval version

Verily, our humble planet is jam-and-even-jelly-packed with natural wonders, if one only looks to the skies and the seas, our own true final frontiers. Truly hath it been said that the mysteries they contain would send us gibbering back into the eternal darkness, if we dared to attempt understanding.

The most merciful thing in the world, I think, is the inability of the human mind to correlate all its contents. We live on a placid island of ignorance in the midst of black seas of infinity, and it was not meant that we should voyage far. The sciences, each straining in its own direction, have hitherto harmed us little; but some day the piecing together of dissociated knowledge will open up such terrifying vistas of reality, and of our frightful position therein, that we shall either go mad from the revelation or flee from the light into the peace and safety of a new dark age.
HP Lovecraft

Here is one more accursed fact, one more hitherto-hidden (mercifully; the gods are merciful when they forget us) shattered piece of the jigsaw. One more life form so hideous, so revolting, so unnatural, that to contemplate it is to become mad.

Or an entomologist. Same diff.

The Tree Lobsters of New Guinea.

Tree Lobsters. What an awesome name. And something that Steven Colbert should clearly fear more than bears! They drop from the trees and snap at you!   AAAAAGH!

Um, they would.
If they were really lobsters in trees.
They aren’t, alas.  But they are a type of stick insect featured in a recent news release:

The Lord Howe Island Tree Lobster, Dryococelus australis, was thought to be extinct for decades until an exceedingly small population was recently rediscovered on a rocky islet in the South Pacific.

You should read “large” as “an over 15 cm huge freakin’ bug.”  If they did flop on you out of a tree, you’d definitely notice.

This species is considered critically endangered.  In a sad story common to many rare, flightless island species, the introduction of rats drove tree lobsters to the brink.

I can sympathize. I had rats in my apartment once and they drove ME to the brink alrighty.

But I jumped over all by myself.

May I, as a humble acolyte of the Great Old Ones and longtime observer of the Fungi from Yuggoth, suggest a fundraiser for this rare, atavistic survival of the days the Ancient Ones fought and tore for the sheer joy of bloodletting in the olden times? I suggest a benefit performance of that great Dadaist ballet, The Ritual of the Synchronized Herring, with catering donated by Land Shrimp Incorporated.

Once the Tree Lobster population is once again gloriously secure, we can perhaps reintroduce their natural predator, the (also endangered) Pacific Tree Octopus, of whose sad plight we have written much elsewhere.

11 thoughts on “Tree Lobsters, crawling crustaceans of the forest canopy”