First, there was Goldman Sachs:

The world’s most powerful investment bank is a great vampire squid wrapped around the face of humanity, relentlessly jamming its blood funnel into anything that smells like money.

According to Matt Taibbi, it’s also a Great American Bubble Machine, but when you’ve won as many awards as Taibbi, the editors don’t insist you stick to one measly metaphor.

But, as Gawker discovered, it’s not really specifically Goldman Sachs that’s the vampire squid: according to the former government of Germany it’s the Jews who are a stabby, stabby, oil-crazed octopus. Behold

as well as Big Transit, Big Politics, The System, and (again) Standard Oil.

From this, I believe we can only conclude that, in fact, the Rockefellers are Jewish. 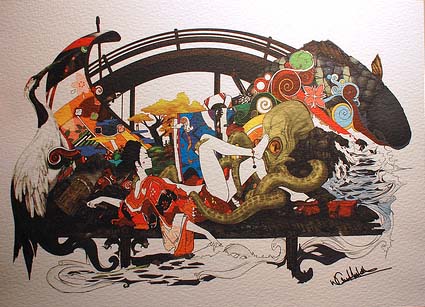 7 thoughts on “The Global Octopus Metaphor Through History”