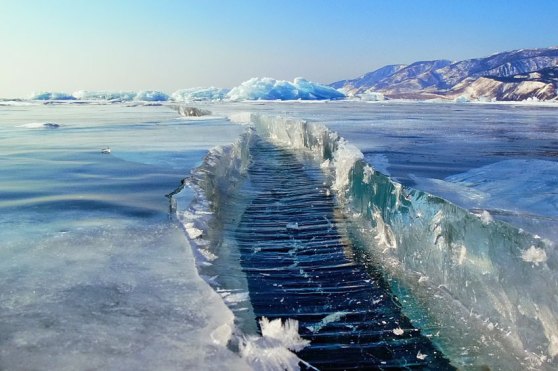 It’s true: if Moses were Canadian, this would be what the Exodus from Michigan would have looked like.

Pic from this awesome roundup of Russian winter ice pix found via this Japanese blog.

And it reminds me of my music nerd friend Stephen. No matter what music nerd story you have, he can one-up it. No, trust me, he can. I don’t care about your “the time I slept with Mick Jagger” story; thousands of people can say the same (perhaps even tens of thousands?). He can top it with the “time Elvis Costello played an acoustic set in my flat.” He’s from London, and he has many friends who still haven’t left the small ville they called home way back when. Many of them are music nerds as well, and to them he was, one day, attempting to explain the difference between the Canadian music scene and the British music scene. He finally said, “This year, I’ve bought not one but two albums featuring songs where horses go through the ice.”

That about sums it up, no?

3 thoughts on “There but for the grace of god…”