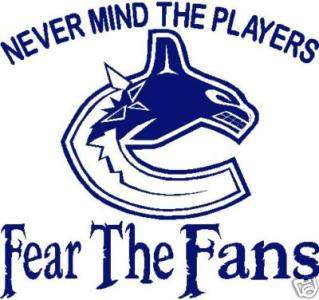 Now that we’re in the playoff finals (of what, you ask? are you FUCKING KIDDING ME I reply) it seems that the bandwagon-jumping Canucks-fans-come-lately are the most vehement in their love proclamations, sometimes to a positively obnoxious degree. Well, you know how it is with young love, fresh-plucked from the vine. At least they’re not feeding each other in public, though they ARE indulging in PDAs which might be counter to the concept of human dignity.

Some of them, in fact, are real pigs.

Some canucks fans are real pigs

But that’s nothing compared to some Bruins fans. Check out this extremely authentic video of a Boston Bruins fan attempting to justify his crazed (and obviously futile) love for his group of losers.