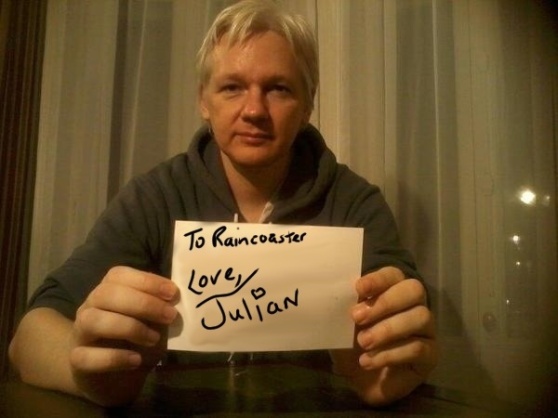 Well, I had been working on an epic Storify of the even-more-overcaffeinated-than-usual drama over Thursday and Friday, including multiple Ron sightings (hi Ron!) and relentless attempts to get my Twitter, Tumblr, WordPress, Facebook, and LinkedIn accounts suspended (all unsuccessful), but Storify’s Twitter search succumbed to the heated atmosphere and fainted, rendering me unable to do more than say “and then he said this, and I was all like bitch please and then … ” etc, etc, etc although it must be said that Storify themselves were very nice about it, particularly as I’ve bitched at them before for offering a WordPress.com embed code that does not embed anything readable in your WordPress.com blog; still, they mean well and if they can get that Twitter search to stop collapsing and asking me to sign in with Twitter instead of my Storify account, it’ll all be hunky-dory.

And yes, I believe that was all one sentence, why do you ask?

Still, drama has its uses. Always good for the Follower count if you have the right enemies, as I seem to. Here’s a tiny slice of just one of the four dramas that went on over that period.

.@ronbryn I find it charming that, despite repeatedly blocking me, you cannot live without my words of wisdom. You're sweet.

@ronbryn on the interwebz when you go FULL POTATO…you get mashed!!! #js @raincoaster

Apparently if you tweet to his family and ask the entirely logical question “WTF?” he stops. Useful.

So both the computer and the iPhone have started overheating, to the point where it hurts to handle them. Gonzo gave me a great suggestion: A Belkin laptop desk/fan/thingy which costs about $20, which is easily ordered from Amazon possibly even using my own affiliate ID. Beats balancing it on a block of frozen soup stock as I am doing now.

The iPhone is a trickier brick altogether; it’s no longer emitting or detecting sounds on its own. With the headphones plugged in, I can listen to things. When I plug it in to charge I cannot have it connected to the cord first, prior to plugging the plug into the wall, or it will not charge. If I plug the plug into the wall and then connect the iPhone, it will charge.

Wouldn’t it be lovely to have something which simply worked? I wonder what that’s like. Wait. No. I take that back. My notebook works just fine, it’s just a bitch to upload is all. You have to spindle the pages really teeny.

But as you can see, Julian is keeping his spirits up and maybe someday he’ll be in a nice enough mood to just mail me one of those compromised phones or laptops he’s forced to discard (do you need the PO Box? Lemme know).

OH, so much drama that I forgot to add my ACTUAL celeb encounter; Tommy James, yes THE Tommy James of “and the Shondells” Favorited a tweet of mine when I complained the cats were not sophisticated enough to enjoy Crimson and Clover. As indeed they are not, being both well below teenage.

The cat HATES Tommy James and the Shondells. Clearly he's not sophisticated enough to "get" Crimson & Clover. Being neutered.

And Ruth Buzzi Followed me.

And no, Julian Assange did not really write me that postcard. But I’m quite pleased so many people think he did. Going to go around with a swelled head all day.