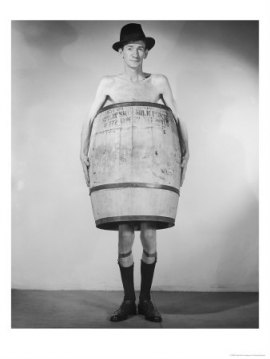 If you’re an economist, you’ve probably heard about all kinds of bizarre and no doubt three-letter-acronymed thingies that measure vitality of the economy. If you’re not an economist (demographically speaking, it is indeed likely that people reading my blog are not economists, as surprising as that may seem) you may have heard of things like the GDP, SET index, and similiar TLA‘s, but have you heard of:

The hotter the waitresses, the weaker the economy. In flush times, there is a robust market for hotness. Selling everything from condos to premium vodka is enhanced by proximity to pretty young people (of both sexes) who get paid for providing this service. That leaves more-punishing work, like waiting tables, to those with less striking genetic gifts. But not anymore.

A waitress at one Lower East Side club described to me what happened there: “They slowly let the boys go, then the less attractive girls, and then these hot girls appeared out of nowhere. All in the hope of bringing in more business. The managers even admitted it. These hot girls that once thrived on the generosity of their friends in the scene for hookups—hosting events, marketing brands, modeling—are now hunting for work.” A Soho restaurateur I know recently received applications from “a couple of classic Eastern European fembots. Once upon a time, these ladies must’ve made $1,500 a night lap dancing. At my place, they’re not going to make that in a week.”

In the same vein, and somewhat more directly relevant, at least to MY life and probably to yours, too, since who can afford to eat out anymore, I’d like to present:

I was invited to fourteen corporate holiday parties last year, all within walking distance of one another, all with open bars. This year, NONE! And I didn’t suddenly become more obnoxious, companies have really cut back.

@raincoaster: I’m convinced that your drinking binges are a better measure of the economy than the number of advance durable goods shipments.