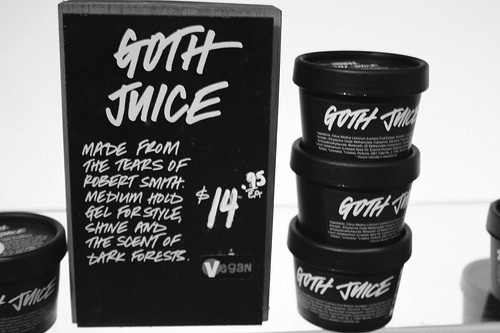 If you just can’t get enough of the taste of wormwood, I recommend this Goth Juice; made by the same, time-consuming process that brings you Baby Oil, our Goth Juice is entirely locally-sourced and free-range (at least from Venables to Broadway along The Drive). If you haven’t yet reached your bitterness quotient, check out these gossip links: