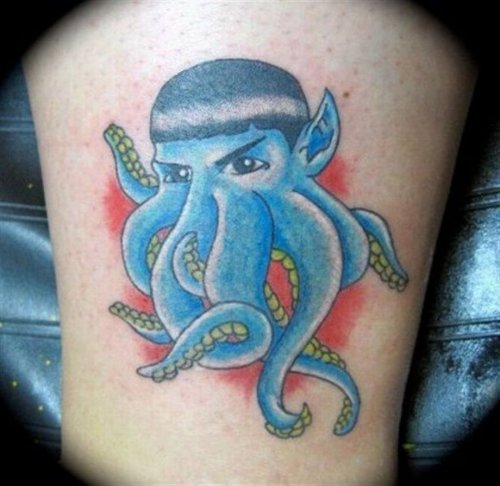 Oh my god, this makes SO MUCH SENSE! The Vulcan/Romulan split is nothing more than an interplanetary manifestation of the extra-cosmic conflict which rages eternally between the Great Old Ones and the Elder Gods. No wonder I always had a crush on Spock…and just imagine what he can do with all those flexy, flexy appendages! At last, the secret of Pon Farr is revealed: revealed to be nothing more and nothing less than a rite for the summoning of CTHULHU!!!

Does this mean we should ally ourselves with the Romulans to suppress the Great Uprising, or does it mean we should just, you know, like, go with it?

WILL YOU BE EATEN FIRST?