Deserae dancing to an excerpt of the Shyriiwook Bellydance tune, “Muaarga” (Peace), as performed by the il Troubadore Klingon Music Project at the Viaduct Theater in Chicago (3 August 2012).

The Klingon Music Project is a real thing, as apparently is Deserae the bellydancing Wookiee and now they are both going viral. What can I say? She’s got the nous if not the Nad’s

Oh my god, this makes SO MUCH SENSE! The Vulcan/Romulan split is nothing more than an interplanetary manifestation of the extra-cosmic conflict which rages eternally between the Great Old Ones and the Elder Gods. No wonder I always had a crush on Spock…and just imagine what he can do with all those flexy, flexy appendages! At last, the secret of Pon Farr is revealed: revealed to be nothing more and nothing less than a rite for the summoning of CTHULHU!!!

Does this mean we should ally ourselves with the Romulans to suppress the Great Uprising, or does it mean we should just, you know, like, go with it?

WILL YOU BE EATEN FIRST?

Jack Layton is the Redshirt

Once Jack Layton figured out the fundamental problem with his campaign wardrobe, it didn’t take him long to move into Stornoway. Clothing doesn’t make the man, but it DOES make the vote margin, it would seem.

END_OF_DOCUMENT_TOKEN_TO_BE_REPLACED

If shirtless Shatner has whetted your insatiable appetite for celebrity info, click over the jump to see today’s celebrity gossip roundup.

END_OF_DOCUMENT_TOKEN_TO_BE_REPLACED 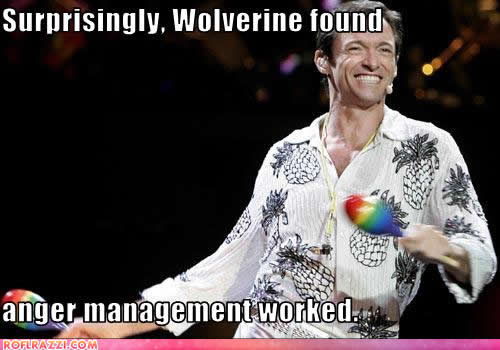 I don’t know about you, but when I think about tips for managing those tricky adolescent hormonal and emotional firestorms, I think first of the cast of the original Star Trek. Here are Kirk and Spock starring in a Nerdy Instructional Film on the highly fraught topic of Anger Management.