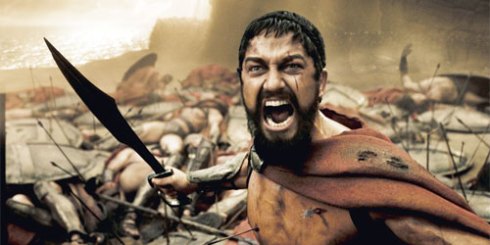 So the movie 300 is a jingoistic, bombastic, cartoonish, homoerotic two-hour military recruiting video. I mean, they say that as if it’s bad!

Some demented and nostalgic genius has taken this simpleminded movie and given it perhaps the ultimate Generation X accolade; he’s made a Nintendo Entertainment System game out of it.

The reviewers should have just watched this instead of wasting ten bucks and two hours of their time. As for me, I could watch and watch…pot, Pearl Jam, and Doritos optional.