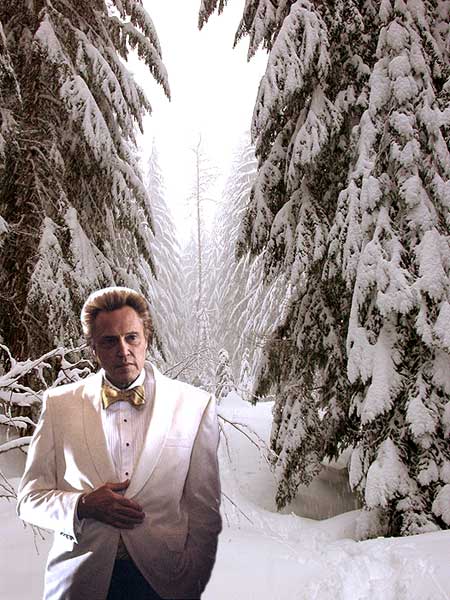 Christopher Walken and his mother would like to deliver a few choice words to their fans this Yuletide season. Indeed, it can hardly be said to be Christmastime around the ol’ raincoaster blog without the scheduled appearance of the seasonal videos of both Mother Walken and Brian Atene as General Ursus of Beneath the Planet of the Apes.

We are not sure what your holiday traditions may include, but we hope to persuade you to welcome these new classics of the intertubes both now and in the future.

Some poetry from Mother Walken:

An excerpt of poetry from Christopher Walken:

‘Twas the night before Christmas, when all through the house,
Not a creature was stirring, not even this mouse.
For I bit off its head, and shaved off its hair,
Stuck it in Timmy’s stocking, hung from the chimney with care.
The children asleep, waiting for Santa to come,
While visions of sugar…wait…what the fuck is a sugar plum?
Grandma in her ‘kerchief, Grandpa in his cap,
Had just settled down, for a long winter’s nap.
To say “just settled in” is a bit of a mistake,
Twelve years in those chairs, they won’t soon awake.
I think they’re fun, you can move them about,
I had just put Grandpa’s cold fist in his mouth…”