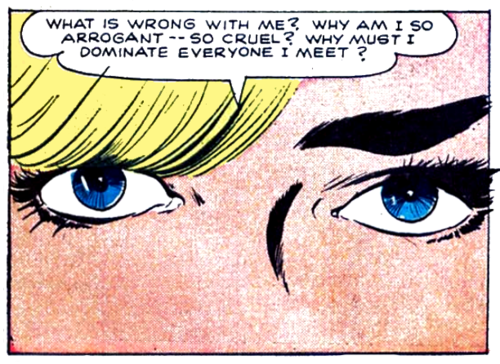 what is wrong with me? Nothing. It's YOU!

Well, because they’re all so fucking inferior, sillies! God put the Feebs here to be our rightful prey, and don’t you forget it!

Every man needs slaves like he needs clean air. To rule is to breathe, is it not? And even the most disenfranchised get to breathe. The lowest on the social scale have their spouses or their children. Real nobility is based on scorn, courage, and profound indifference. Albert Camus

I’m pretty sure it was Camus who said that it was the moral duty of the intelligent to repress the less intelligent, lest they rise up and take over the world; but the world ignored him, and now we have Snooki as a New York Times best-selling author and Kim Kardashian recording an album. America gets the celebrities it deserves.

Julian Assange’s new do (raincoaster) Shut UP, Emma Watson (Lolebrity) Guess the gap-toothed guy (Ayyyy) Our WORLD EXCLUSIVE lasted exactly one day (ManoloFood) Stayin’ Alive? Ha! Ha! Ha! Ha! (AgentBedhead) The baby’s first word was “rhinoplasty” (BusyBeeBlogger) Jimmy Buffetted! (CelebDirtyLaundry) Have YOU ever been upstaged by your own dress? (CelebritySmack) Paris Hilton shows you her puppies (CityRag) But which one is MegaShark and which is Gatoroid? (DailyStab) Never before has spandex restrained so much for so little purpose (FitFabCeleb) Gag (GirlsTalkinSmack) So she was single in the sense that nobody would be seen with her? (HaveUHeard) Jon Cryer is no different from anybody else (INeedMyFix) Sad, gender-confused Britney (PoorBritney) The CougarTown drinking game! (SeriouslyOMG)

Snow is TOO beautiful. But gross.