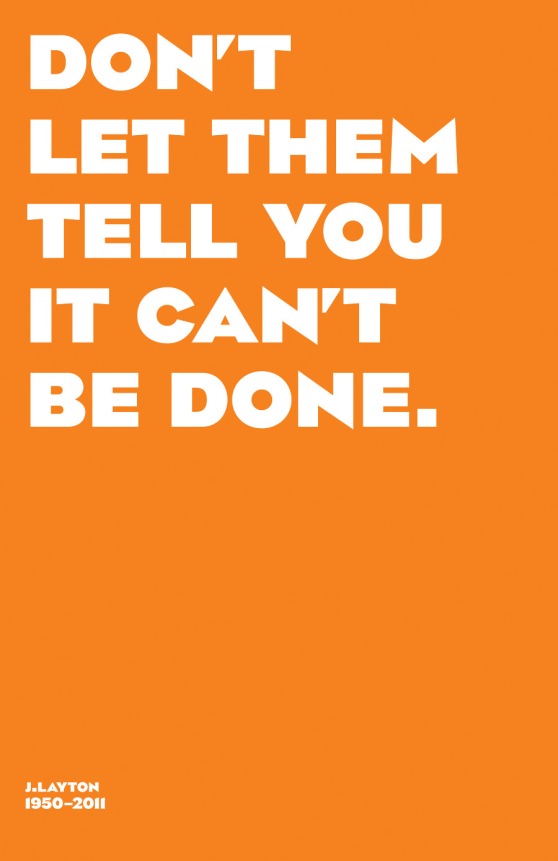 Jack Layton's immortal words are right there in orange and white

RIP, Jack: one of the greats is gone. You would have been an awesome Prime Minister, and you put that kitten-whoring robot who’s serving as Fuhrer in fear of his political life!

I know what I’ll be drinking tomorrow: The Layton: orange crush and jack!

Before he left, Jack Layton wrote Canada a letter, and never was there better proof that the man held his country foremost in his thoughts and close to his heart. Here it is: 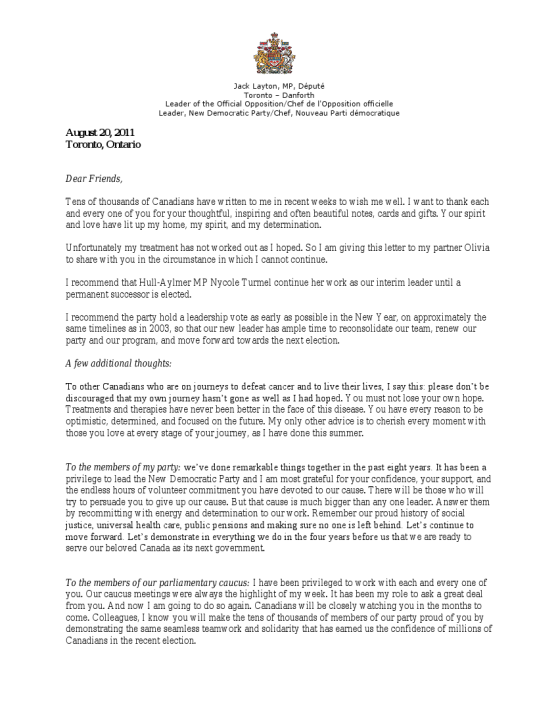 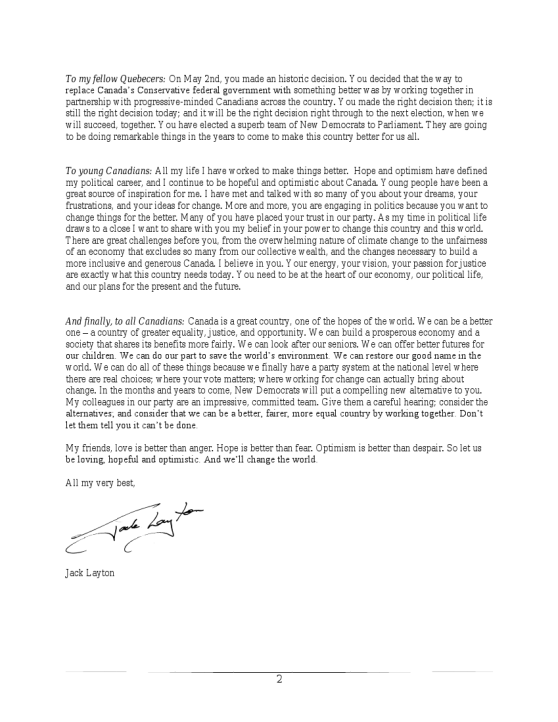 Artist Stuart Thursby has translated some of Jack’s words into the powerful art you see at the top of this post, as well as others you can download from his site (he continues to update the site with new works). (via Tris Hussey)

And here, because not everything in memory of a man like that can be somber, are the song stylings of Jack “Party for Sale or Rent” Layton. And if you despair of human nature, look at the comments on the YouTube page: that man’s power of nobility is such that it even inspired YouTubers to behave with grace.

Via Bonnie Nish of Pandora’s Collective 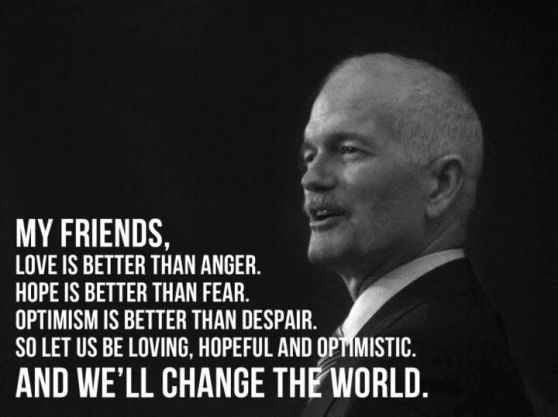