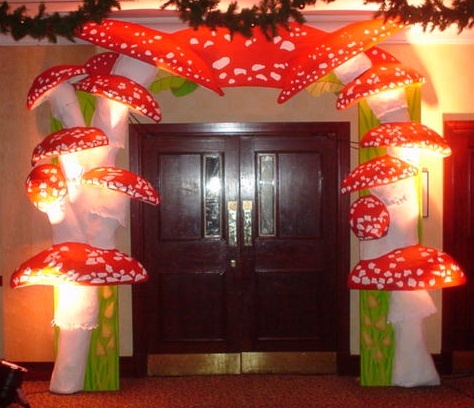 Enter the doors of perception

Let me tell you a story. A story of hippies. Of social workers. Of hockey equipment.

And yes, of mushrooms.

It happened this way: in fact, this is the very way it happened or if it isn’t somebody was lying to me when they told me this story and since I heard it from the social worker, not the hippie, I’m inclined to go out on a limb and believe her.

Besides, the life of a social worker is generally much more interesting around these parts than most people would think.

So my friend, Carinthia (of whom we have blogged previously in this very blog) was working as a social worker on the Mount Currie reservation near Pemberton, BC. This was a very long time ago, you understand. The internal combustion engine had been invented, but I’m not sure that sex or the internet had.

Hippies had. Been invented; they hadn’t been on the internet or, to my knowledge, had sex yet, because you know how hippies are: they talk a good game, but they smell so bad nobody will go near them. No, I have this on good authority and whoever told them that you could cover up BO with patchouli has a great deal for which to answer, you bet your sweet bippy you goddam hippie.

One day my friend Carinthia is in a bar which is not saying much if you know Carinthia and although you may have been reading this blog a  very long time I’m not sure that you’ve ever been properly introduced. Because I’m reasonably sure she doesn’t read it which can you blame her? Particularly at times like this, eh?

And next to her is this hippie. Mister Hippie and she fall into conversation, as one does, for indeed it’s one of the very things people go to bars for because they can get the booze at the liquor store if that’s all they want.

And way cheaper it is, too.

And Mister Hippie (or it might have been Master Hippie, not that they have a hierarchy really, I mean I really have no idea if he was over 18 or wore long pants or, indeed, any at all because they’re kind of relaxed about that sort of thing in BC especially in the vicinity of hot tubs, although I believe this particular amenity was absent from that bar but hoo boy would it ever up the friendliness to sit and stew in a big seething cauldron of People Soup while a friendly barkeep brings you drinks and excuse me, I think I sense a business opportunity and besides, where was I?) asked what she did, and Carinthia said she ran the children’s programs at the community centre.

Which is how we spell it in Canada, because we just gotta be that way.

And she, all polite-like, asks him what he does, although being a hippie is apparently very time-consuming and most of them, in fact, never do anything else besides being hippies, but this one does. He reaches into his pocket (no, that’s not what he does for a living, except in a very large sense, and you’ll see if you keep reading) and pulls out… 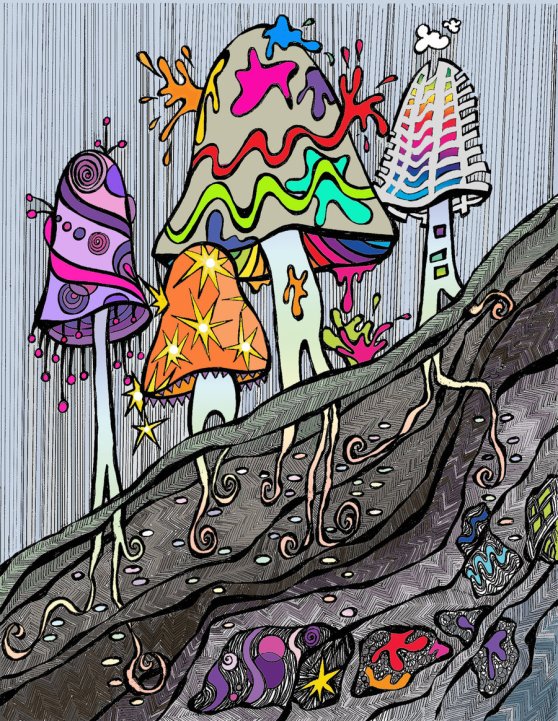 One of THOSE mushrooms.

And he needs to explain to her just what THOSE mushrooms are. He drives up from California, buying mushrooms all the way, and when his van (yes, a VW van, naturellement) is full he drives across to Chicago and New York and sells them there. Then he starts the circle all over again, and this is how he makes his living: as a traveling mushroom salesman.

But not as entrepreneurial as Carinthia, for she instantly asks, “and is that a good living?” and apparently yes, it is a very good living indeed, particular as, being a hippie, he doesn’t have expenses such as shampoo or razors or soap, and patchouli is really very cheap if you buy it in bulk. And she picks up the mushroom and asks how much he pays for mushrooms like this.

And it is apparently a very, very interesting number, for Carinthia asks him if she can keep it as a souvenir and if he’ll be in the bar again tomorrow night, buying, and the answers to all of the above are Yes and off she goes.

Cut to the next day at the community centre, and open on an extreme closeup of Carinthia addressing the assembled children of the tribe. Pull back until we can see that in each of her hands is a big green garbage bag.

“Do you see this mushroom, kids? Look very carefully. Now I want you to fill these bags with mushrooms exactly like this. Not any other kind, just this kind. Do you think you can do that for me?”

And of course they could, and that is how they got all new baseball and hockey equipment for the community centre.