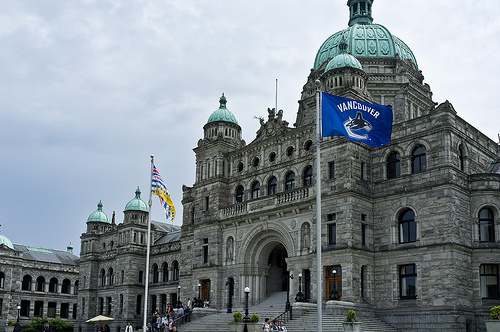 All hail the socialist republic of Canucksistan!

All hail the newly-born socialist republic of Canucksistan! My predictive abilities have been pretty good recently, so I say the nation should last something like, oh, seven games plus overtime.

What do you mean you don’t worship the Canucks? Don’t you know they can fly, bitches? THEY CAN FLY! 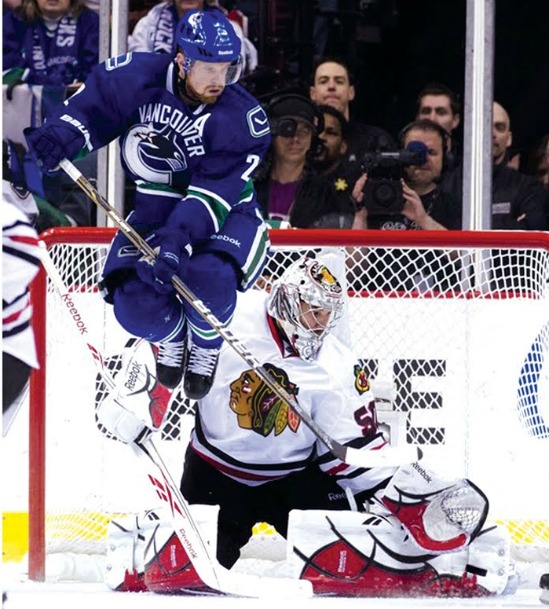 Then again, maybe you do.

Contrary to the title, the boobs are not actually flashbulbs

In any case, there are in Canuckistan currently no bigger celebrities than the Canucks (except maybe Ann Murray, of course) but as a token of appreciation for our foreign readers we hereby present the celebrity gossip roundup, one day late because apparently I’m so hot I can’t write uninterrupted in a public place anymore. At least yesterday the men bought be drinks: the one today just tried to break a window. On the other hand, that could be the difference between the DTES and Yaletown…

Alec Baldwin busts his cherry! Twitter virginity: it’s happened to all of us! (raincoaster)

How many Britney fans does it take to screw in a lightbulb? No, seriously, how many? Take off your socks if you have to… (Ayyyy)

Chicken Soup for the Young Witch. Which really should include the advice to read better books, you’d think. (AgentBedhead)

Snooki vs Cops! Why does the stubby sexpot always end up on the losing end of these exchanges with the law? CONSPIRACY! (CelebDirtyLaundry)

Divorcing Celebrities celebrate Memorial Day! Shop till you drop/straddle a penis replacement. Guess which is the Kennedy. (CelebritySmack)

The Girl with the Most Awesome Movie Trailer. Or dragon tattoo. But everybody I know has one of those. Just me then? Just me? (CelebVIPLounge)

Sean Kingston and his plus one admitted to Emergency, bypassing the velvet rope. In related news, people have serious accidents on JetSki’s? (DailyStab)

Good news/Bad news: In Good News news, next generation Kardashians are unable to replicate. In Bad News news, they may still be sleeping with your children. (EarSucker)

Top THAT! 15 Stars wearing top hats: if Only I were one. My top hat fetish is a remnant of my 80′s upbringing. (GirlsTalkinSmack)

Born this way: deeply in debt. Oh, who can’t relate to this? (MathewGuiver)

And this is WHY the Bielebers hate Selina Gomez. Because you don’t get a figure like that lying around your Scarborough bedroom listening to YouTubes! (TheSkinny)

More Pink! More Plump! More Plus! Oh come on, who doesn’t love this woman? More of her is ALWAYS better! (TheSkinnyChic)