The Great Crustacean War on Humanity: You’d be surprised at how much material has been suppressed. Go ahead, just try and search for anything, give Cthuugle your best shot. You won’t succeed in finding much at all, and that can mean only one thing:

First, we have this valuable find: an historical document obviously written from the crustacean perspective.

What can it mean?

This, as well, from a book whose deeply sexist title translates as “To Serve Man.” 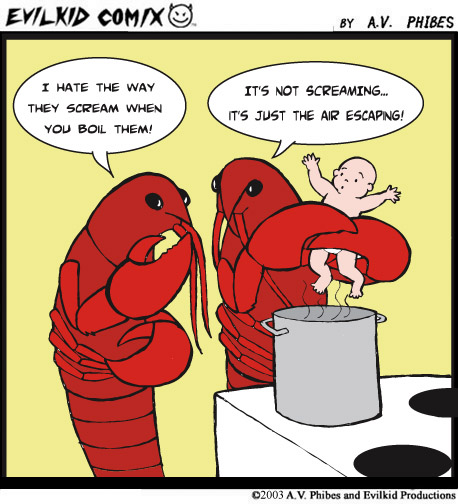 There is archival footage of at least one series of attacks on human beings:

As if that weren’t enough, Gawker science correspondent Azaria Jagger reports that in the hitherto-thought-mythical Global Warming phenomenon is causing them to mutate, becoming ever larger.

In a warm dystopia many years from now, New York City will be underwater and ginormous mutant crustaceans will roam the globe…

Where will it end? It appears they’ve developed technology to artificially inflate their temperatures and thus accelerate the unnatural and loathesome swelling of their species. 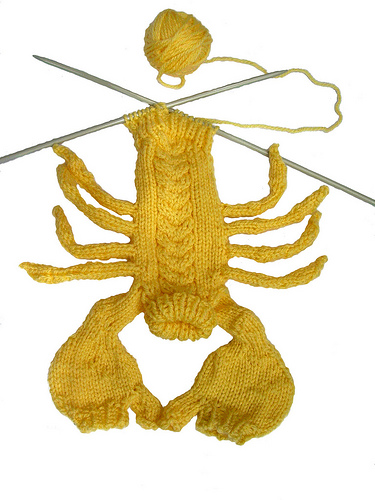 and even adapted to life on dry land, crawling horribly with twitchings and writhings through the forest canopy, from whence to drop upon unsuspecting passers-by.