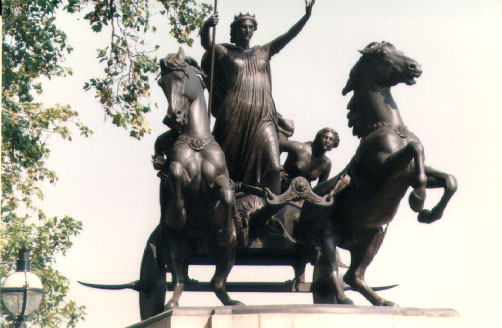 I haven’t exactly been circumspect on social media, but at last I put it all together in one  big, impassioned rant, so here it is. And it’s on Boris’s site, as is only fitting after he wrote an elegy suitable to any PR agency in the Midlands.

She was brave, principled, electric, greedy, malevolent, and destructive. So what does that net us? Damage that is still being repaired, or indeed glossed over, by governments on boths sides of the Atlantic.

Margaret Thatcher was not, like Ronald Reagan, an amiable person who could be pushed around. She was indeed the Iron Lady, but sometimes iron can be miscast. The future she fashioned for her country was one of increasing servitude to global, free-floating wealth. By now we know the only thing that trickles down is the blame, and I for one am not entire sure Thatcher wasn’t smart enough to know that all along.

Boris, I miss the days when you’d post something so partisan it was a simple straw dog, and I’d whack at it with all the strength I had. It was fun. Politically, it was good exercise.

But the ultimate fate of Thatcher is so much more important, for both sides, than any of those recreational battles, and yet you are not here. Enjoy the ivory tower, or the glass scrotum as it may be. But we both know that the reason she’s being cremated is so that the body won’t be dragged through the streets.

One thought on “On Margaret Thatcher”