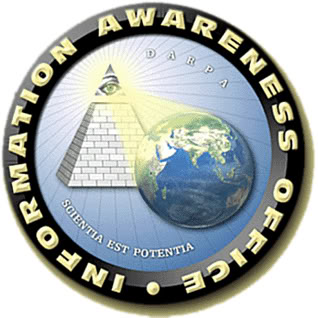 How does it go? A prophet is never esteemed in his own house…? something like that? Well, fortunately this prophet is esteemed, and that highly, in the nearby megalopolis of Victoria, British Columbia, to which I am constantly drawn and not just by the drinks that Shawn Soole cooks up for me…

though significantly by them, it must be admitted.

Indeed, I am drawn thither by the constant call to speak at WordCamps, SocialMediaCamps, IdeaWaves, and other tech-related compound words, which opportunities are seldom offered to me in my own humble burb of Vancouver, not that I am sulking about it, no sir! I mean, how could you resist this:

The Digital Revolution: Lessons from the Homeless

The Digital Divide is very real, and when the gap is bridged the results can be surprising, creative, instructive, even inspiring. By focusing on case studies of social media use among homeless individuals (taken from my personal teaching practice) this talk will provide radical new strategies for more informed and effective communications for anyone.

In any case, if you want to see me speak a little closer to home, or on the other hand fear physical proximity to me while wishing to appease me with an offering of cash and/or Paypal, I’ve just announced a raft of new and returning blogging and social media workshops, some online, some IRL, over at my social media site, so go check them out.

Wonder how good I am? Ask Mike Vardy (of Eventualism, LifeAsAHuman, and DNTO):

Lorraine is likely better known by her Twitter handle (and business monicker of sorts), @raincoaster. She runs Raincoaster Media…and she really knows her stuff. She’s been doing this for a long time and has the right mix of credentials and knowledge to offer what a lot of those doing the same kind of thing can’t: nuanced comprehension.

Awwww. And for your information NO, I DID NOT HAVE TO BRIBE HIM, which is good, as I have, as we all know, no money.

But if you sign up for a course, I’ll have money! And then I can bribe YOU! Wouldn’t that be fabulous???

Sure it would. Shut up.

Discouraged a half-dozen or so people from attempting to pull the broken glass out of the door of the office and break in. I have some powerful stink-eye. A junkie kicked the glass door in the other day, but we have bars too, so even if you did scabble with your paws and get all the broken glass and the glass patch and the vinyl patch out of the frame, you’d just be stuck standing there looking in, only with you’re own blood all over your hands, and wouldn’t you feel stupid then, eh?

Watched an old lady get helped out of her wheelchair so she could root around in her bag for her crack pipe, and then watched as she dropped the pipe and the burning crack onto her slipper socks and then tried to suck the crack out.

Declared a moratorium on talking about dead people. Until BusyBeeBlogger pointed out that would give VanityFair nothing to talk about, so I said it was okay as long as the people were dead, fabulous, and not of my circle of acquaintances. Which describes most of the people they write about to a T. Or even an I.

Read Gawker and got depressed.

Pre-posted for the next couple of days. I’ll have to do a linkpost and something for TrueSlant Monday, but otherwise can take a day and a half at least off without feeling guilty.

Realized that, of my top ten posts, only one is less than a year and a half old. And got more depressed.

Self-diagnosed (probably accurately) with this fancy new, imported death fungus (25% fatality!). Have to get myself back to the doctor; maybe I should just camp there? I have every one of these symptoms INCLUDING the one only reported in animals so far. And I’ve had these symptoms for two months now.

Dealt with the post office, the bank, the other bank, Fido, the Sister, the Shebeen Club event on Monday, and American Apparel, who apparently wishes to send the Manolosphere some shoon.

On the plus side, when I go over to Victoria to speak at WordCamp Victoria, they’re putting me up at the Fairmont Empress. Yes, you may now envy me. Oh, AND the afterparty is going to be a gin tasting at Clive’s with a representative from Victoria gin and perhaps another gin which hasn’t been released to the public yet. Gotta hand it to that Dutch Courage: it works. There I was snarking about how you could use the stuff to strip paint and BAM! They ping me on Twitter and offer me another sample to see if it hasn’t improved. That takes courage of SOME kind, for sure.

Victoria gin is the third gin company that’s offered me a bottle, but it should be noted that Beefeater hit me up on Twitter and offered, but never actually came through with the goods. Bombay, of course, did. Not that I keep track of these things.

I submitted my blogs to Zemanta for consideration for inclusion in their devastatingly clever little linking system.

I offered up my services as a linkblogger: if I’m going to spend two hours every two days doing this, I might as well resell the end product: doing so will actually increase the value of each link, as it’ll be coming to any particular post from an increasing number of blogs. So, if you know a gossipblogger who’s got better things to do with his/her time than read and link, let me know. The more people who buy the service, the cheaper it gets.

Checked and re-checked Google and Bing for why they’re not indexing Lolebrity properly: I think it all comes down to this topless Helen Mirren photo. Hell, I even photoshopped out the nipples AND covered them with @ signs: what do these people want from me????