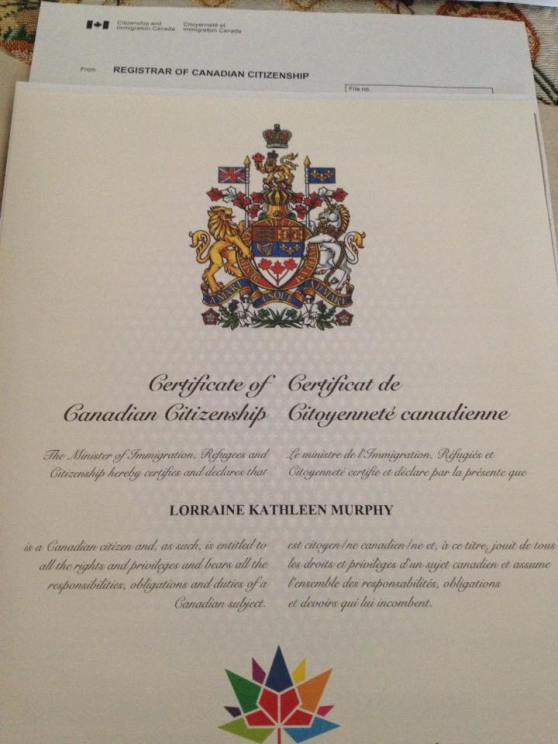 I am an Ontarian.

So, anyone looking for raincoaster is probably not looking in Ontario, so on that basis I’m probably pretty safe from Them, whoever Them is/are.

Not sure Them were actually ever looking for me, but my ego won’t allow for the possibility nobody wanted to find me, particularly THEM, so one will continue to assume one has successfully thwarted Them for years.

And don’t try to talk me out of it.

Anyhoodle, the result of all seven months of hard task-mastering and world-class admin support by The Sister is that I now have a temporary Ontario medical card (actually a letter) and in four to six weeks will have my first government-issued photo ID since 1996, when I had a passport, now long since expired. Before that, I believe it was my BC Driver’s License, which expired in 1993 or so and I just never bothered to get renewed. And all of the old ID except the passport got lost when I was mugged in Vancouver a few years back, at which time I found out just how much trouble it was all going to be to replace, and just let it go. Because you don’t need ID if you live in the same place for over a decade and everyone knows who you are and GASP you even run a tab at the Ovaltine and Sunrise Market, no problem, and who can do that? I ask yez. WHO has that kind of privilege? It’s like being Cher or something, only Cher can’t get credit at the Ovaltine. So I let it go.

Which, yeah, in retrospect was foolish, but what good is retrospect? I ain’t got no time machine.

But I DO have a snazzy letter attesting to the fact that I am a Canadian citizen, born abroad, which has a pretty CANADA 150 maple leaf on it, so Yay for Good Timing, I Got The Cool Logo. And now an OHIP letter, soon to be an OHIP card, at which point I can go to yet a different government office, fill out yet ANOTHER government form, write a test of some kind, and get my learner’s permit, as a prelude to getting a real driver’s license, which would have drastically simplified my life last year with the bus kerfuffle.

Oh yeah, the bus. Still hasn’t come up for auction, but when it does, I might just go there now that I have government ID and I know what it’s worth as scrap. Without government ID even the scrapyard wouldn’t take it last year. Wonder if it’ll still have all the stuff, like the dehydrator bolted to the custom-built counter.

But with a driver’s license things like ridesharing become possible. With a driver’s license and a bit of work under my belt, I’ll have some money and can buy a second-hand car or van and then I’ll have mobility and options. With a van, I can even sleep in it for free, so as long as the insurance isn’t a money bomb I will be, however slightly, on the property ladder as they say.

Yes, welcome to the 21st Century, where the Canadian Dream is to live in a second-hand van.

Speaking of work, I’m currently Not-Procrastinating on it by writing this blog post, my first in quite some time (years?). I’m practicing, warming up. Originally, the ol’ raincoaster blog began because I was describing myself as a writer, yet had no writing to show anyone. So, I assigned myself 200 words a day here, and that’s what I still recommend for my students, although I suggest 5 days a week, not 7.

But recovering from the accident has taken far longer than I had hoped. My brain works superficially quite well, so if I were, say, a tv talking head, I could go back to work now or some months ago. As a journalist in a highly complex and constantly changing field, it’s currently somewhat reaching to try to go back to that position, so I’m warming up by taking a couple of assignments that should be easy for me. SHOULD be.

Let’s put it this way: one of them is seven months overdue. One is a month late. And the other, thank god, is with an organization that moves as slowly as I do.

But blogging again, once a day for 200 words, is going to help me. Help me get back in the swing, get back to proficiency and prolixity (I did do 48 blog posts in a 24 hour period once, after all). God knows what I’ll write about, other than myself and procrastination, but here goes. Wish me luck.

END_OF_DOCUMENT_TOKEN_TO_BE_REPLACED

Hello, welcome to WordPress.com. How may the men in white coats help you? Perhaps with the “Bunny Jacket”?

From time to time, as regular readers of the ol’ raincoaster blog may be aware, we volunteer in the WordPress.com technical support forums. One uses the Royal “We” here, you understand. One understands. Hopefully, given the stats on this blog, at least several of you understand.

And in the depths of the technical support forums, we occasionally encounter a type which requires technical support more than most; it requires, in fact, medical intervention. As long as they remain polite, they get help. Once they lower the bar, however, they become my lawful prey and learn just what real, true, bar-lowering looks like up close and/or personal.

Some days, in the tech support forum, you’re just like…

OH FUCK NOT ANOTHER WOULD BE LAWYER 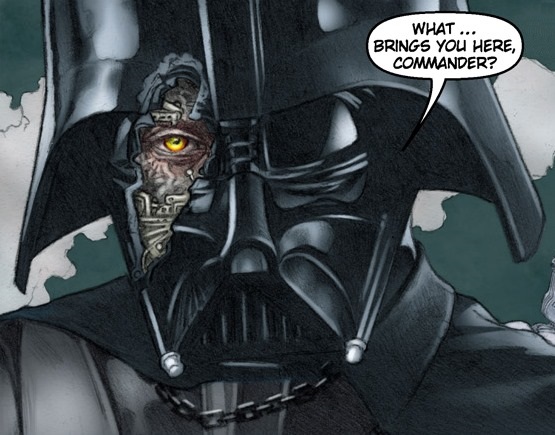 The Dark Lord welcomes you, recruit

In fact, he owns Gawker.

And today, he broke me.

After how many years of me refusing to write for him for free (while still contributing thousands of words a week in the form of snippy comments and tips) tonight I finally gave in and….Kinja‘d. Twice!

But it’s about the highest-profile outlet I have since I let this poor blog peter down to virtually nothing, so I posted a couple of articles that have had, through no fault of their own, failed to find a home.

Relive the Cold War for Fun and Profit:

how the Russian government hacked the US energy industry, and why the Ukrainian uprising might make the entire three-year project entirely moot

Snitching for Dollars: The BSA wants you to rat out your boss!

In my own defence, it did take something like eight years to wear me down. Should the posts get zero momentum despite being on a Gawker platform, the experiment will not be repeated. While I was at it, I updated my Media and Public Speaking page. You know I’m all about Operation Global Media Domination! Now, bring me that audience! 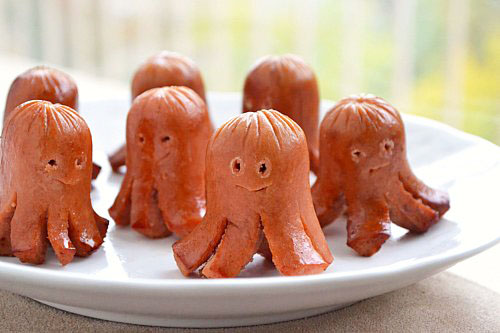 Octodogs are eight times as hawt

What does it take to create a Tumblr that’s destined to go viral? Apparently it takes either: a) a Snooki-brown tan, a modicum of body oil, a good waxer, and an absence of visible musculature OR b) meat by-products.

Hot Dog Legs is the very latest in one-joke virality, the new star in the firmament which already contains Jay Z’s 99 problems and exploding actresses, among many, many others. Hey, it’s Summer, don’t over-think things!

This Tumblr doesn’t even have any words to process, so there’s no risk of brain overheating. The concept is simple: photograph after photograph of the “same” thing. Are they hot dogs, or are they legs? Is that self-tanner or natural? Are those smokies or cheddar-stuffed? What does this say about the objectification of women and the human beings as meat metaphor? I don’t know, pass me another Margarita.

There is, it must be said, something about these photos that brings to mind cheap sunglasses, menthol cigarettes, and calories ingested in liquid form.

The post-literate simplicity of the site has not interfered with its popularity (to continue with the Snooki comparison). Their Facebook fan page was created less than a month ago, on July 28, and still has 3,186 Likes. The page’s own Likes include Gawker media, Sausages, 7-11, and the infamous, and apparently horsemeat-containing Ikea hot dog.

A few notes for aspiring legs and hot dogs: corn dogs will never work, because ain’t nobody got a complexion that bad. An even tan is essential, as is skin thick enough that the veins don’t show through. Don’t even think about trying this if you haven’t shaved or waxed recently, even if you’re blonde. There will be zero crossover between this blog and, say, FuckYeahHairyLegs, although the respective models might be interested in exchanging phone numbers.