Strangest direction to an actor ever?

Well, my first choice for Jew Demonstrating Jewish Walking is a washout, alas, but it did turn me on to one of the greatest websites of all time: JewOrNotJew!

For reference, this walk is virtually part Jewish almost most of the time.

This one is a safe fallback:

Oh, and in reference to the title, if you want to know if Viggo‘s circumsized, you can get The Indian Runner

, which has several seconds of full-frontal Viggo. Some frames of which have been moderately photoshopped.

Viggo with muppets by Michaelangelo okay not really.

You can’t touch this.

@johncusack Vincent Price was a sexy bitch, but part of the attraction was his elegant indifference to everything but his own ideas.

No, seriously, you can’t touch this.

Because it’s pixels on a computer monitor, silly.

And also because it was followed by two DMs and a Follow from @johncusack, but it’s cool. It’s no big deal. Because I’m not That Creepy Fan. Nope, not me.

I’m on a kick. I get that way sometimes; there’s no point trying to stop me if you, yourself, do not want to be kicked, whether in the privates, in the majors, or curb-wards (kerb-wards for our overseas readers!) you just have to stand clear. Sometimes I get it in my head to watch every silent vampire film ever made and nothing, not even the unforgivable barrenness of the upper steppes of YouTube, can stop me.

Not as long as I’ve got Videomatica!

Seriously, though, I’ve seen Nosferatu so often that I can tell within three notes who did the score for this version and surely if it had words I’d recite them along with the actors. As it is, I make do with gesticulating in unison and making the hand-in-the-air-taco-sqeezing move at that point in the Clubfoot Orchestra score where the Squeeze Taco comes into play.

Now, when I was in school these kicks of mine, or obsessions if you will or even if you won’t, because they’re mine and I get to say what they are, were useful in a way and after a fashion and before curfew, because every year I had a new topic for the Science Fair or the Essay Bonspiel or the What Have You Arbitrary Competition To Teach Our Kids That Not Everyone Can Be A Winnner (except, at my school, the two grade six girls who were sleeping with the gym teacher, who won everything right up until they transferred to high school and had to start learning for the first time and never caught up) and usually a highly-charged enthusiasm therefor, unlike most of the others who took the assignment home and moped until their Moms told them what to write.

One year it was Nessie.

One year it was cloud formations.

One year it was castles.

One year it was, and this was University by this time, or even post-University, although with me there was about a decade and a half when I was post- one University and pre- another. It’s complicated.

Does that surprise you?

In any case, one year when I was out of high school but still quite youthful it was this dude. This dude with this thing. I didn’t know what it did, exactly, nor what it would do to me, nor how many other people were in line ahead of me. I didn’t know there was no going back. I didn’t know that things would be different from then on. I just knew that I wanted it. Oh, how many times have we all heard some maudlin, emo variation on this eternal melody, eh?

Did I get it? Oh, not just then, but I’m a patient sort (I have a straight face right now, how about you?) and eventually that which I wished to write apon the world manifested, if secondhand. Sigh, story of my life.

Well, only 50% of it did, because all I got was the computer.

In the age-old rite of passage of women everywhere, I eventually concluded that the actual fellow was too dense to deserve me, possibly psychotic, and possessed of marginal personal hygene besides, and moved on.

No, we really do this.

Also gay. He’s totally gay. Don’t let all those kids fool you; he got them off eBay or something.

Where was I? Oh, yes, did I tell you I’m still on painkillers? But that’s neither here nor there, it’s mostly just in the shoulderblade and the right side of the neck. 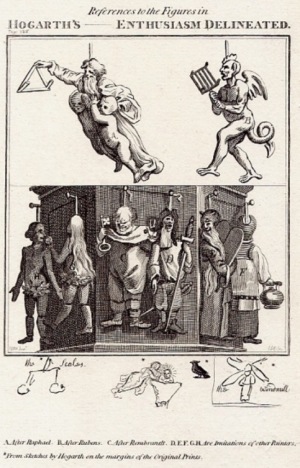 Right. Now, I had another enthusiasm once. In fact, I was that person for this enthusiasm, that person where, if you know you’ve got to be at your movie premiere or an awards thingy or something you stop, cold, and say, “Oh. She’ll be there, won’t she? Pilar, help me!” or words to that effect. And I forget why I brought that up.

Because my friend Dale said, “You like Sean Bean? You should check out Viggo; he’s much more your kinda thing. He paints and writes poetry and he’s quite political,” and I thought, oh yes, poetry? Like:

Jewel-Sean Penn-Hollywood-type-celebrity-poetry? Oh yes. And then I checked it out and realized he actually wrote it himself instead of getting some poor D Girl (not related, or at least only very tangentially, to B Girl) and I read it again and realized it was actually very, very good, and I was a goner for about twenty-four months. Enthusiasms were so much easier before puberty, I must say.

So, for the record: poetry. Poetry totally works.

But by the time the final installment of LOTR and the restraining order were served, I had learned to make do with mere representations of my enthusiasm; samizdat copies of Darkly Noon or American Yakuza, the odd Aragorn standee, and, when I want a bit of buzzkill, the man’s music.

So it is with Steve Jobs: given that he’s apparently happily married, lives in a different country, doesn’t know I’m alive, and has a really flat and boring LiveJournal, I’m going to make do with a replicant.

Hey, wasn’t there an Ann Magnusen movie about that?

So: it turns out that Fake Steve Jobs is quite a poet. Only rarely is he inspired to Calliopean efforts, much less Eratoran or those of Euterpicacity, but rather usually actually prefers to produce Melpomeneian art if it comes right down to it, for he’s a great writer of funeral poems.

For indeed, nothing says “dead” like a literary memorial of a certain standard.

And so to his moving tribute to Don Ho:

“Tiny Bubbles.”
That was your famous song.
But others made more money on it.
Bastards!
Still, you were the most
famous Ho in Hollywood.
And that is saying something.

Honestly, it brings a tear to the eye, does it not? But that’s nothing compared to what he wrote as a sendoff for Evel Knievel:

Jon Ive says if someone crashed
that much in our business
they wouldn’t call you “world’s greatest.”
They’d call you Microsoft. Or Windows.
A bit unkind of him, I think.
Because you inspired people.
Including me. One time,
when I was thirteen, I built
a ramp on my street
& put on a cape
& a football helmet
& tried to jump a Schwinn Stingray
over three kindergarten kids.
Each kid lay on the pavement
holding a pair of enormous torches —
rolled-up newspapers doused in gasoline.
Flames leapt eight feet into the air.
Soon after this
as a condition of my parole
I joined my school’s electronics club.
The rest, as they say,
is history.

Because no, you never CAN get enough.

That’s for goddam sure.

So. It’s that time again. 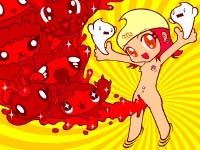 What do I want? These: 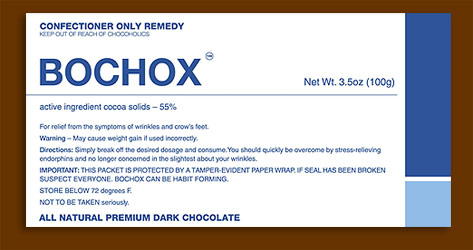 What do I got?

It’s going to be a loooooong weekend.

Yes, ladies and gentlemen, I have done it. I have broken CNN. As of two days ago, when you use the CNN Search the Web function for the scholarly term “Viggo Women Friends” my blog is the #1 search result.

Now, if someone could only tip him off… he’s about three years late and his mate is getting cold… did I say “mate?” Why, I meant “yerba mate” of course!